History and Significance of Chardham Yatra

The holy pilgrimage of Char Dham Yatra is probably one of the most popular journeys in India undertaken by devout Hindus from all over the world. This journey ensures moksha or salvation to the people completing this treacherous testing circuit which will take you through the holy shrines of Kedarnath, Badrinath, Gangotri, and Yamunotri. Nestled amidst the natural and bountiful beauty of the Garhwal Himalayas Char Dham Yatra is not only significant as a spiritual center but it is also known for being blessed with some of the most thriving and lush ecosystems. A Chardham yatra packages will make sure that you get to experience the beauty of the Himalayas.

If you are planning on going on this sacred journey then here is the significance and history of this iconic and legendary circuit which you should know:

The ultimate goal for every Hindu is to attain moksha or salvation from the karmic cycle of birth and rebirth. Other goals for an ideal life of a Hindu are sectioned into 4 parts – Dharm (duty), Arth (wealth or prosperity), Kaam (worldly desires), and Moksh (salvation). Moksha also denotes the freedom from all materialistic possessions and knowledge about oneself. Along with this, there is also an All India Char Dham Yatra which is also said to grant moksha and includes a visit to the 4 pious shrines of Rameshwaram, Dwarkadheesh, Badrinath, and Jagannath. The credit for the establishment of this pilgrimage is to be given to the great sage and philosopher Adi Shankaracharya during the 8th century when India was engulfed in a phase of Hindu revival. He took several steps to increase the relevance of Hinduism in the cultural and traditional web of India. Adi Shankara wanted to spread the word of Advaita in every direction of the Indian subcontinent. He wanted everyone who has completed their worldly duties to take up this journey and finally attain Moksh. Another important aspect of all these Dham sites has a number of legends and tales associated with them which have also found its mentioned in religious Hindu texts of Puran, Ved, Mahabharat, and Ramayan. Char Dham Yatra is not just a simple pilgrimage but it is an experience in itself directed towards self-actualization, visiting some of the most pious abode of gods and goddesses, and witnessing the blessed beauty of the Himalayas. A normal pilgrimage that goes up to 11 or 12 days will take you to a clockwise destination to keep with the sanctity of the ancient traditions starting from Yamunotri then going on to Gangotri and then Kedarnath before finally ending the journey in Badrinath. During the peak seasons, the Dham sites along with the accommodation places remain crowded with throngs of tourists looking to achieve their moksha.

All the Char Dham Sites of Uttarakhand have a very dynamic and interesting historical account related to its origin which are:

Probably one of the most prominent Lord Vishnu Temple where he is worshipped as Lord Badri, this Dham is located in the district of Chamoli by the holy river of Alaknanda. Set against the majestic backdrop of the twin mountain peaks of Nar and Narayan the current temple structure was built during the 16th century by the king of Garhwal, before which the idol of the presiding deity was located close to Tapt Kund inside a cave by Adi Shankara. The place is named Badri since during the ancient ages this region was completely covered in trees of Badri. According to legend after being criticized by a sage for his indulgent lifestyle lord Vishnu is said to have come to Badrinath to perform his penance and goddess Laxmi stood there to protect him from the harsh weather. 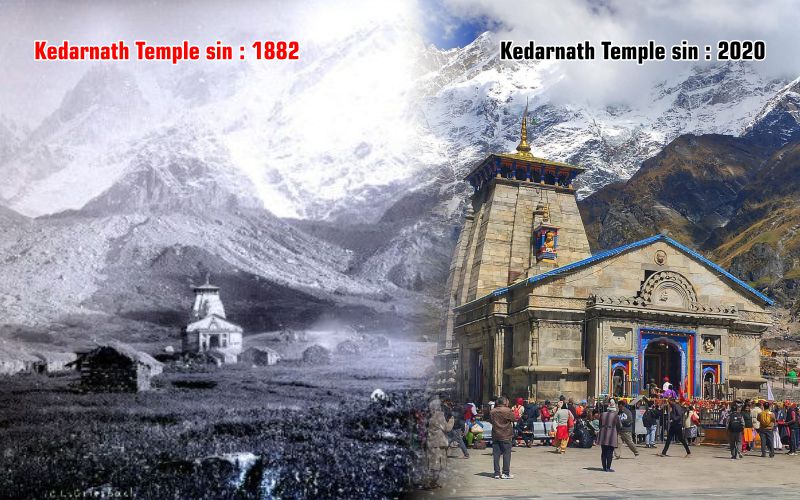 The exact date of construction of Kedarnath is still unknown but its name has been mentioned in various Hindu texts, especially in Mahabharat. Located within the district of Rudraprayag Kedarnath is one of the remotest Dham locations in the Char Dham Yatra circuit. Nestled amidst the beauty of the Kedar dome and the lush green Kedar valley this place is the permanent abode of Shivji and is visited by a huge number of pilgrims. The historical background of this ancient temple can be traced back to the time when Pandav and Draupadi had visited Kedarnath while looking for lord shiv and asked him for his forgiveness for killing their kin in Mahabharat. The Pandavas are also credited with building the first Kedarnath temple structure. 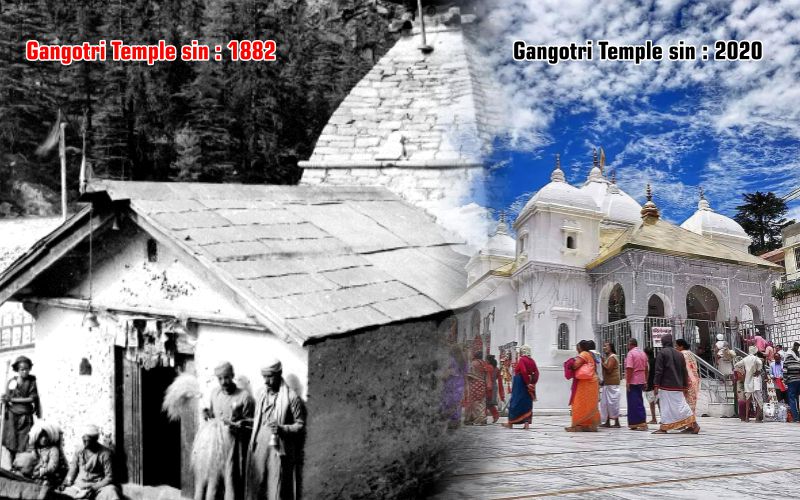 It is a known fact that the Ganga River is the purest and the holiest river in India and is worshipped in every place through which she makes her way. The origin point of the Ganga River can be found at a distance of 18 kms ahead of the temple at the Gaumukh glacier. The place holds a lot of Mahabharat significance due to the presence of places like Pandav Gufa (where they had rested during their journey to heaven), Pandukeshwar, etc. the temple structure was constructed by the Nepalese general ‘Amar Singh Thapa’ who was a Gurkha Soldier during the 19th century with Ganga Maa as the presiding deity who is worshipped. Legend has it that king Bhagirath had to perform rigorous penance to goddess Ganga so that the souls of his ancestors attain salvation and their ashes were disposed of with respect and dignity. 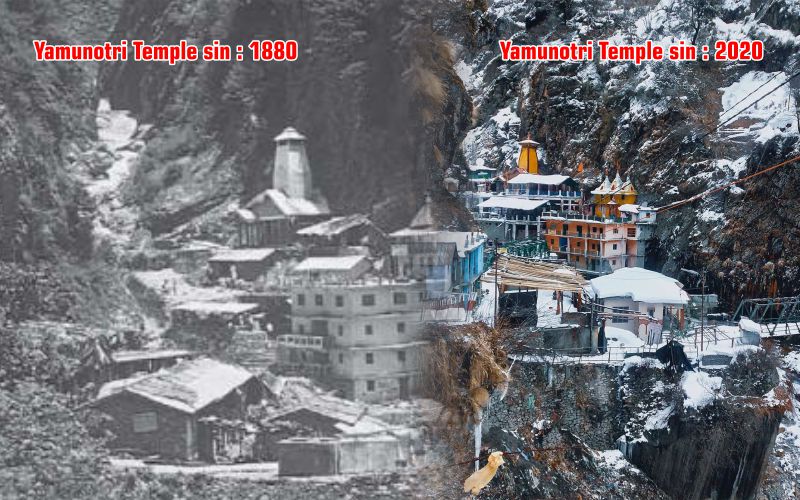 The temple at Yamunotri marks the starting point of the holy river of Yamuna and is surrounded by a cascading collection of waterfalls and lush greenery. Situated in the district of Uttarkashi the temple is also the starting point of the holy Char Dham Yatra. This is also one of the remotest destinations here which can be reached after covering a trekking journey of 7 kms, which is a revitalizing experience in itself. It is said that ages ago sage Asit Muni used to reside here in Yamunotri and take bath in both the holy rivers of Ganga as well as the Yamuna by traveling back and forth. But due to old age, he was unable to do so, a stream of Ganga appeared near the Yamuna for his convenience. Ever since then the place has been a prime destination or pilgrimage where the presiding deity is worshipped as goddess Yamuna.